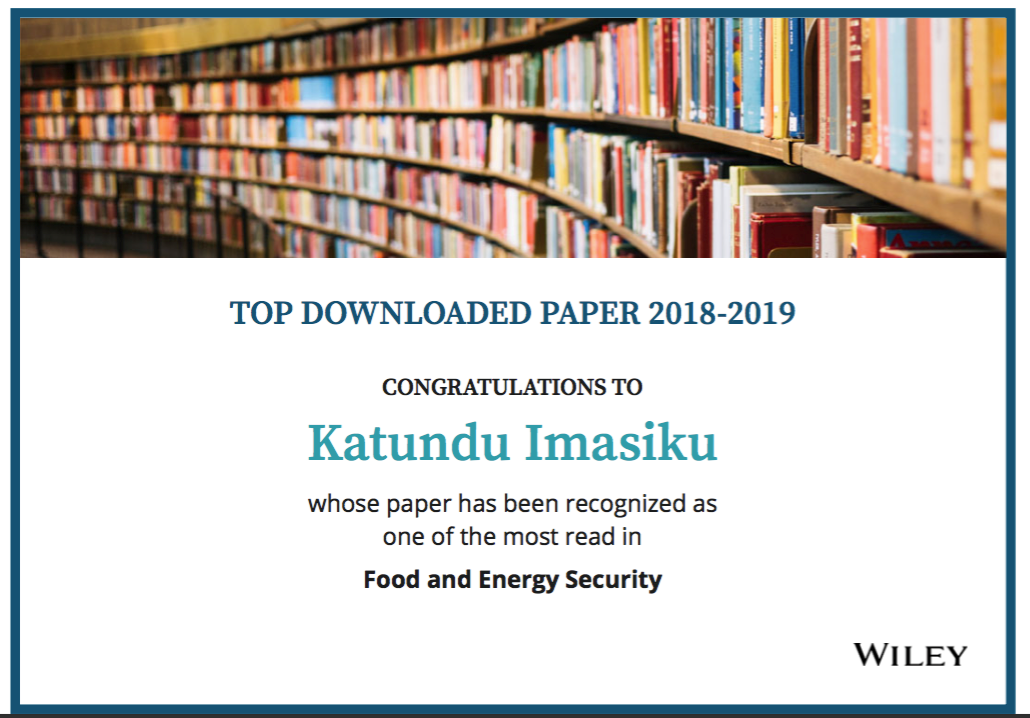 Katundu’s study entitled “An impact analysis of population growth on energy‐water‐food‐land nexus for ecological sustainable development in Rwanda’ published on 16 October 2019 in Food and Energy Security Journal has been among the top 10% most downloaded papers.

Katundu Imasiku is a Ph.D. student at UR’s African Centre of Excellence in Energy for Sustainable Development (ACEESD) specializing in Renewable Energy.

The study aimed at investigating the effects of disconnected approaches of dealing with energy–food–water nexus projects in isolation with land usage and plans an integrated approach to these issues.

This study illustrates the basic methods and suggests practical tools which the Rwandan Government can utilize, through its implementing agencies to account for the energy-water–food–land nexus sectors in an integrated manner that provides a clear nexus status for sound decision making.

Katundu Imasiku, says the recognition of his paper shows that African researchers are also capable of transforming and reshaping the thinking of scholars globally.

“As a young upcoming researcher, I would like to encourage other researchers at UR to engage themselves and make more positive contributions in the research world especially on topics that are indigenous to Africa”, he says.

“Let’s avoid the situation where researchers from Universities outside Africa are the ones disseminating more impactful research outcomes than African researchers”, he adds.