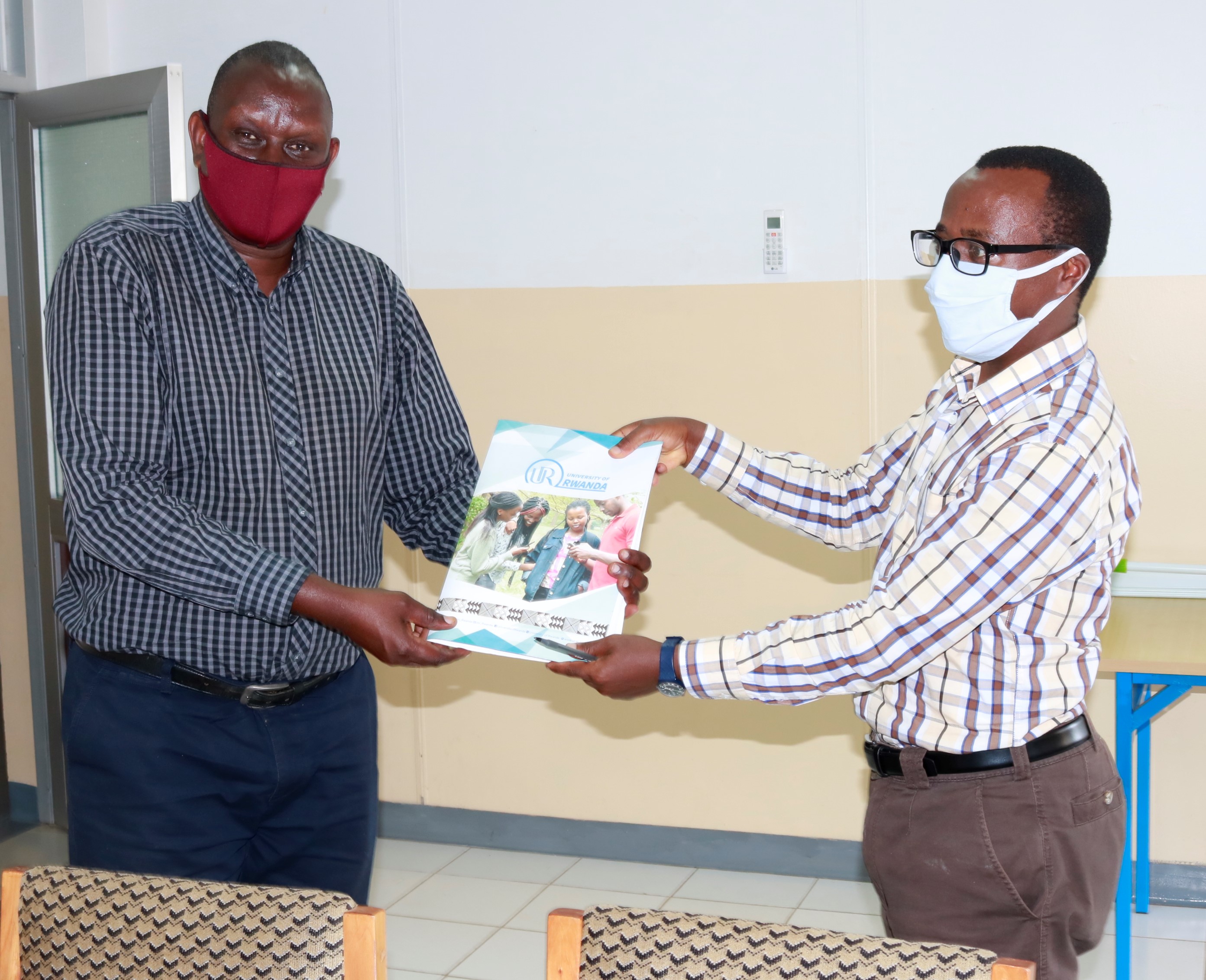 Dr. Charles Kabiri was appointed Director of the Centre to replace Prof. Etienne Ntagwirumugara who has been leading the Centre from its establishment in 2016.

In a handover Ceremony that took place at the Centre, the outgoing Director Prof. Etienne Ntagwirumugara said that during his directorship, the Centre has made tremendous achievements and he is quite sure that the incoming Director will keep the Centre moving forward.

He highlighted that under his leadership, new projects were developed and won grants mainly the 250, 000 USD grant for the establishment of the incubation Centre, a facility which is meant to bridge the gap between academia and industry by supporting students/universities and industry from African Countries to create new markets that, fits the needs of African society.

“You need to ensure that this project is successful as it is still a baby. You were here as Deputy Director, you have all information about these projects and I am ready to support if needed as I am still here supervising some PhD students”, Prof. Etienne Ntagwirumugara said.

In his remarks, Dr Charles Kabiri commended the work done by the Director and assured that he will do his best with the Centre team to keep the Centre excelling. “We have a strong team, we have capacity and resources; we will try our best to make sure the Centre keeps on growing. Dr Kabiri said, adding that the Centre will keep on benefiting from Prof Etienne‘s experience.

The Director of Teaching and Learning at the College of Science and Technology Ndibwami Alexis who graced the ceremony commended the progress made under Prof. Ntagwirumugara  leadership and urged the incoming Director to build on this achievements and move higher.

He urged him and the entire team to start thinking of the expansion mechanisms of the Centre once the project life expires.

Who is Dr. Charles Kabiri?

Dr. Charles Kabiri received the BS Degree in Electronics Engineering from the National University of Rwanda, in 2006, the MS Degree in information and communication systems from the Huazhong University of Science and Technology, China, in 2010.

He got a PhD in Telecommunication Systems from the Blekinge Institute of Technology, Sweden, in April 2015.

His is currently a lecturer in Electrical and Electronics Engineering Department, College of Science and Technology, University of Rwanda. Prior to being appointed Director of the Centre, he was Deputy Director of the same Centre from its establishment in 2016.